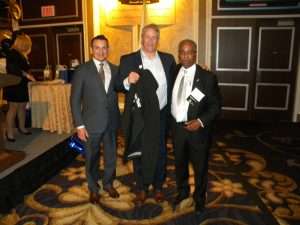 Jeff Bair has been with Budd Van Lines since April 1978.  He’s been with Dave Budd from the beginning.  Starting as a helper, he worked his way up to company driver and became an Owner Operator in 1981.

Over the past years Jeff has hauled an average of one-million pounds per year, all accident free. He has moved many high-profile individuals, CEO’s, Presidents, etc. for many Fortune 1000 companies.  There are very few drivers in our industry that can handle these levels of moves and receive the results that Jeff does on every move…which is complete customer satisfaction.

In addition to providing consistent top-quality service, Jeff serves as a mentor to our younger fleet and a “hero” to the community.  He has saved runaway strollers as well as cars and literally put out fires.  After every snowstorm Jeff would even shovel and plow out any neighbor who was unable to do it themselves.  He lives a “what can I do to help” lifestyle, which makes him an amazing man along with being a great driver.