The legislation addresses some of the nearly $1 billion in added taxes confronting New Jersey businesses by providing tax credits to small businesses facing a UI tax increase, as defined by the federal Small Business Administration (SBA). 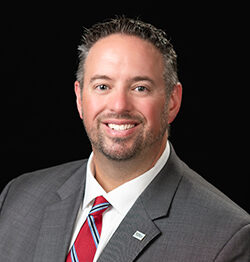 “UI payroll taxes are not a tax on income or property or corporate profit or wealth, but a tax on the mere existence of a job,” NJBIA Vice President of Government Affairs Christopher Emigholz told the committee in written testimony.

“At a time when we want to recover the jobs lost due to the pandemic and many businesses have lost significant income during the pandemic, the state should not be in the business of making job creation and job retention less affordable.”

New Jersey’s payroll tax rate is governed by columns based on the health of the UI fund and rows based on individual employer experience ratings.

The state is currently in UI column C for FY22, with New Jersey employers paying an estimated $252 million in added taxes to replenish the state’s depleted UI Trust Fund.

In FY23, the state is slated to move from column C to D for an estimated tax increase of just below $300 million. In FY24, the column is estimated to grow from D to E for another plus-$300 million increase for businesses.

However, A-3638 provides an impactful tax credit to small businesses for any UI tax above the current column C.

“This will offset the tax increases to columns D and E in the next few years for most New Jersey employers,” Emigholz said.

As part of the merged legislation, a provision in the original bill A-2152 that would have paused column increases at column D is now omitted. NJBIA, however, is seeking an amendment to return that provision.

Either way, the merged bill also calls for New Jersey to fully pay off its federal UI loan, and all the interest that goes with it, with a General Fund appropriation.

Emigholz described this provision as “appropriate,” given the state’s refusal to use federal COVID recovery aid for that purpose, and the billions in added budget surplus recently revealed by the Office of Legislative Services and the state Treasury.

“Not paying off this loan as soon as possible when our state is swimming in billions of surplus and federal relief aid would be akin to putting and leaving money under your mattress, instead of paying off credit card bills to avoid unnecessary and burdensome interest and fees,” Emigholz said.

NJBIA is also supporting another provision in the combined bill that requires the state Department of Labor and Workforce Development to provide adequate notification to employers about UI tax rate increases.

Last summer, employers were retroactively notified that their UI tax rate had gone up weeks after they were supposed to be collecting for the higher tax.