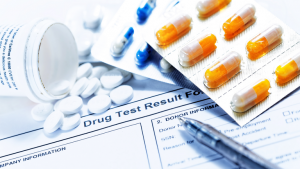 What you need to know about Drug Clearinghouse 2021

Employers of CDL drivers who didn’t register with the FMCSA’s Drug & Alcohol Clearinghouse by Jan. 6 could face civil and criminal penalties, which could include fines up to $2,500 per offense.

With the new year comes the second full year of the Federal Motor Carrier Safety Administrations’ Drug & Alcohol Clearinghouse, the national database of commercial driver substance violations created to remove loopholes that allowed violators to continue operating trucks. According to data from the first 10 months of its existence, thousands of fleets and owner-operators still need to register with the database or face non-compliance repercussions.

Carriers must have run limited queries over the past year within the Congressionally-mandated Clearinghouse for all CDL drivers by Jan. 6, 2021, or those drivers — and the fleets — could face compliance problems in the new year. A full query must be obtained on any new driver a fleet hired within the past year.

“If you have failed to obtain a full query on a driver that you hired this year, do it now,” Sean Garney, VP of Scopelitis Transportation Consulting, said during a December webinar about the Clearinghouse hosted by Optym. “Noncompliance is not an option because enforcement is now very, very easy.”

A limited query allows an employer to determine if a driver’s Clearinghouse record has any information about resolved or unresolved drug and alcohol program violations but does not release any specific violation information contained in the driver’s Clearinghouse record. Limited queries require only a general driver consent, which is obtained outside the Clearinghouse; this general consent is not required on an annual basis, according to the FMCSA, which said it may be effective for more than one year. However, the limited consent request must specify the timeframe the driver is providing consent for.

If they haven’t already, Garney stressed that fleets and owner-operators should develop hiring policies and procedures to match the Clearinghouse requirements. “I think, as more and more drivers get entered into the database, it might make sense to run this (query) a little earlier in your driver hiring process because you might be able to sort of weed out folks that wouldn’t be eligible otherwise,” he said.

Any fleet or O/O who does not comply with the Clearinghouse rules is subject to civil and criminal penalties, which could include fines up to $2,500 per offense.

Employers are also required to report any other drug or alcohol violations by their drivers to the database. This can include direct observation of an employee using alcohol or a controlled substance while on the job, information obtained from a previous employer, and traffic citations for driving a commercial vehicle under the influence. Non-CMV citations should not be reported, Garney said. He also said that a driver seeking help for a drug or alcohol problem should not be reported to the database.

Owner-operators can be considered a driver or an employer within the Clearinghouse depending on how they operate, according to Garney, who broke down the difference:

Drivers only need to register with the Clearinghouse if they must consent to a full query. Drivers might also want to register to monitor their records and correct any inaccuracies or validate their CDL renewals.

Through the first 10 months of 2020, more than 150,000 employers registered with the Clearinghouse — 53,051 of those were registered as owner-operators. This number was well off the 525,000 estimated regulated motor carriers in the U.S., according to FMCSA. “As you can see, we’re a long way off,” Garney said of full compliance across the industry.

Through November, the database had 1.5 million users, 90% of which are drivers. Garney expects that number to grow by early January when the database turns one year old. In the first 11 months of the Clearinghouse, 2 million queries were conducted. Those led to some 50,000 violations: 85% for positive drug tests, 12% for test refusals, and 3% for actual knowledge, which means those drivers were already listed in the Clearinghouse.

About 10% of early violators have returned to duty, Garney said. But that means the trucking industry is on pace to lose about 52,000 drivers per year because of violations. He notes that the Bureau of Labor Statistics estimates that about 52,000 new drivers enter the workforce each year. “I am not saying these (estimated) numbers are perfect,” Garney noted. “But I think we’re going to do OK as far as replacing the drivers that we’re losing, but it’s certainly not going to help our driver shortage problem — but I don’t think it’s going to exacerbate it too much.”

He said the Clearinghouse is working. “I think there are drivers out there who are failing tests for other employers, maybe during pre-employment drug screenings and now they’re being found out,” Garney said. “And I think ultimately, that’s good for safety.”

The FMCSA has a long and in-depth FAQ website on how the Clearinghouse works, how to register, and more.